About Us
About Us
COVID Testing for Travel 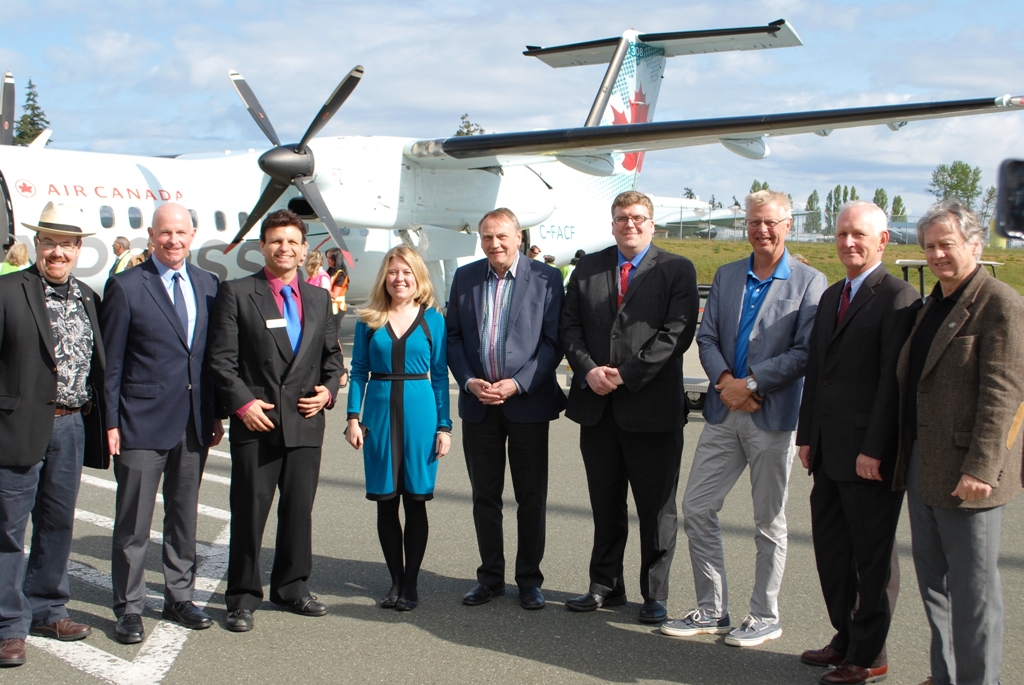 The Comox Valley community was pleased to welcome the first Air Canada flight into the Comox Valley Airport today, marking the commencement of a twice-daily, non-stop service from Comox to Vancouver.

"This new service provides access to destinations around the world starting right from Comox," said Comox Valley Airport CEO, Fred Bigelow. "Passengers can enjoy the convenience of checking in for their flight at our airport and then seamlessly connect to destinations in Asia, Australia, Europe and across North America, all on the same ticket."

Mayors and community leaders were on the ramp to greet the arriving plane and later celebrated with a reception following the departure of the flight en route to YVR. Passengers on board were travelling to Vancouver or making connections at YVR into Air Canada's expansive network, which includes 190 destinations around the world.

"Today marks a proud moment as we launch our newest regional service at the Comox Valley Airport," said Kevin C. Howlett, Air Canada's Senior Vice President of Regional Markets. "Customers from the Comox, Courtenay and Campbell River areas can collect or redeem Aeroplan miles as they fly either point-to-point between Comox and Vancouver, or connect conveniently in Vancouver to and from our global network at our Vancouver hub."

"We foresee numerous positive results for our region as a result of Air Canada operating in the Comox Valley. New air service provides local economic benefits in terms of job creation at the airport, as well as spin-off effects for a wide range of local businesses and service providers," said Comox Valley Economic Development Society Executive Director, John Watson. "Better access to international markets can bring more visitors to the region and increase length of stay, both of which drive economic impacts. Importantly, there is also the opportunity for local businesses to make connections with partners and suppliers in overseas markets."

The Comox/Vancouver route will be operated by Jazz Aviation LP under the Air Canada Express brand using a 50-seat, made-in-Canada Bombardier Dash 8-300 aircraft.

Air Canada flight bookings to/from Comox can be made at www.aircanada.com or with a Travel Agent.

Air Canada is Canada's largest domestic and international airline serving more than 190 destinations on five continents. Canada's flag carrier is among the 20 largest airlines in the world and in 2014 served more than 38 million customers. Air Canada provides scheduled passenger service directly to 64 Canadian cities, 52 destinations in the United States and 78 cities in Europe, the Middle East, Asia, Australia, the Caribbean, Mexico, Central America and South America. Air Canada is a founding member of Star Alliance, the world's most comprehensive air transportation network serving 1,321 airports in 193 countries. Air Canada is the only international network carrier in North America to receive a Four-Star ranking according to independent U.K. research firm Skytrax that ranked Air Canada in a worldwide survey of more than 18 million airline passengers as Best Airline in North America in 2014 for the fifth consecutive year. For more information, please visit: www.aircanada.com.